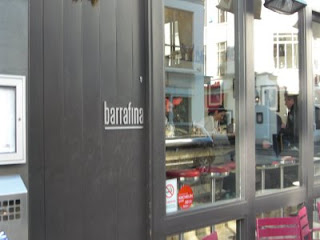 Firstly, I realise I haven’t blogged in a while. It’s not because I have been slack, but unfortunately the hospital has once again reared its ugly head and has decided to interfere in my more social activities. As it happens, I have been in and out of hospital over the last few days for various tests and minor procedures, and all being well, should be my last for a while. Anyway, back to the food!
Now tapas have never been my favourite type of food. I mean, I love dim sum, which is basically Chinese tapas so why don’t I like Tapas? I think the answer really lies in the fact that I have never had decent tapas. I’ve been to La Tasca before (never again, major food fail) and various other smaller establishments which have never blown me away. I did have some tapas in Madrid, but only in bars and mostly potato salad, which was actually the best potato salad I have ever had. Anyway I decided it was about time I gave it another go so after my regular Monday appointment at the docs, I jumped on the bus and headed off to Soho for some real tapas.

I read a lot of food blogs and when it comes to tapas, one name seems to jump out and that is Barrafina on Frith Street. With an afternoon to kill, the sun shining and a belly to fill, I jumped on the bus and headed off to Soho. Along with the reviews praising the food, there are normally complaints about the queues as they do not take bookings. Barrafina is a pretty small place and you come in and take a stool at the bar. When I got there for lunch, it was pretty busy but there were a few spaces free and soon emptied out. So big tick, no wait and a nice cosy atmosphere.

Next tick, the menu. It’s simple and straightforward with a few selections under each of the main headings (meat, veg, fish etc...). I always liked places which keeps things simple and does a few things well. I proceeded to order the Jamon Croquetas, a tortilla and some lamb cutlets with a salad on the side. There is also an array of daily specials but not being a great fish eater, I stuck to the basics.

My plates arrived one by one and I had to stop myself from wolfing them down immediately. The croquetas were crispy on the outside whilst velvety smooth on the inside with the salty kick of the chunks of jamon. The tortilla was again, beautifully cooked with slight give in the middle, the potato still left with a little bite but cooked through. And the lamb cutlets were expertly grilled with a light herb and garlic oil just to complement the lamb. So the food, one big tick.

One thing that really impressed me with this place was the care and attention taken. The young female Spanish chef on the pass was meticulous and wasn’t afraid to send anything back that wasn’t cooked properly. She quite clearly cared about the food and one great thing about dining next to the action is that the guests can witness the commitment and skill of the staff.

In the end, the bill came to just over £20 which may seem a little steep for a lunchtime meal but at the end of the day, tapas is meant for sharing and the dishes are perfectly proportioned to do so. I ate on my own but will definitely bring somebody next time. After this delicious meal, I decided to have a wander around Soho, an area of London I have never really properly explored. Please take a look at a few photos I took here.

Look out for a bit more action from the Tehbus next week, doctors permitting.