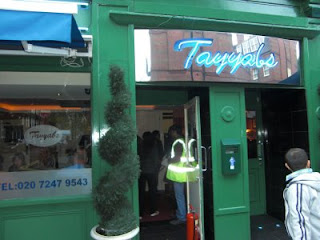 The time had finally come. After a while waiting to go and after reading numerous food blogs about how great it was, the day had finally arrived. I finally made it to Tayyabs.

Tayyab's is a Pakistani restaurant located just east of Aldgate, at the bottom end of Brick Lane. I would love to claim that this is one of London’s hidden gems but its reputation proceeds and if you ask almost anybody about where a good curry house is, if they know anything about food, this place isn’t often far off the end off their tongue.

Anyway, enough of all the vacillating, all you really want to know was if this place was any good. On arrival, our table wasn’t ready but even at 7.30 on a Wednesday night (incidentally when the Champions League Final was on) a queue was forming to get a table. 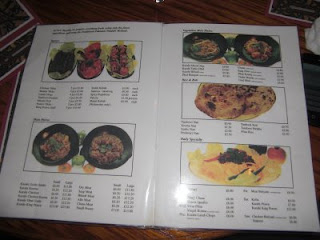 As there were 8 in my party, we pretty much got away with ordering a bit of everything. The ordering itself was a bit manic. The waiter came over and pretty much ordered for us but I don’t think anybody was really complaining. 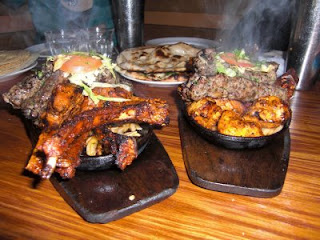 First up was the mixed grill. This was made up of some seek kebabs, some chicken tikka and probably the most amazing lamb chops I have ever had. These bits of meat were little pieces of charcoal licked heaven. Excellent spicing on the lamb chops had me chewing the bones. 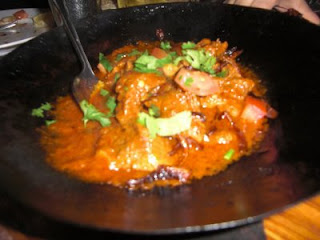 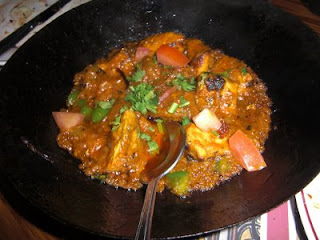 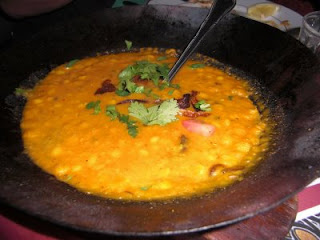 To follow, a bunch of curry turned up. We had lamb curry, chicken Tikka Masala, Tarka Dal, some okra and saag aloo. As you can see from the pics, these were not as oily as you would expect from your local takeaway, but this is not your ordinary takeaway. In general, everything was good. The curries had a really nice thick sauce, not the watery drivel you normally find. The veggie dishes still had plenty of bite to them and you could taste the vegetables. Nan bread wasn’t like any other nan I had eaten before. They were delicious, thin and crispy. The rice was a bit watery and poor but I think we can let that one go.

I had a lovely time here. The food was very good and I will be dreaming about those lamb chops for a long time to come. Service may not have been fantastic but is no worse than you would expect from any high street restaurant. Biggest surprise of the evening, the bill. It came to just over a tenner a head and considering the amount of food we ate, this was an absolute steal. Great value, great food and even the dogs outside hadn’t left a scrap on the bones they were chewing.

Yeah the service is always a little frantic but that is definitely part of the Tayyabs experience! If you haven't already - try the dry meat and tinda masala - both brilliant and making me painfully hungry just thinking about them.

Loved the chops, nice naan, not as good as the hype.