Food Blogger Overload! The BPR Summit and Tweatup No. 2 at Koba

Twitter. Without this, I would probably never have met the people I have over the last 3 days. I've been on Twitter since the early days, a semi early adopter. I signed up, I tweeted and then I stopped. Its not until the last 7 or 8 months that I have really started using it more frequently, and it was through this medium that I started to (virtually) meet others with the same interests as me, one of which happens to be all things food. 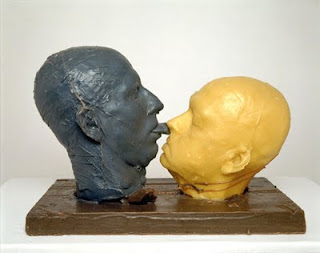 This merry path led me to the Bloggers PR summit, held at the Rubens Hotel and organised by @timhayward (Guardians Word of Mouth) and @spoonhq (Sarah Canet of Spoon PR). The aim was simple, help PR to understand bloggers and vice versa. I think its understood that both parties have a lot to gain from a good two-way relationship, and that at the moment, this relationship is very much in its infancy.

I'm not going to bother going into too much detail about this as there have been some very good write ups about this meeting already, notably the WoM piece and the write-ups on with knife and fork and Silverbrow on Food. What I will say is that the conversation appeared fruitful and definitely quite informative from a bloggers point of view with regards to the work of the PR. I do, however, feel that quite a few of the PR's in the room seemed to miss the point. The questions they asked and suggestions proposed were very much focused on things the bloggers could do to make their lives easier. I think many failed to realise that for us bloggers, blogging is about indulging an interest as opposed to a job. It was disappointing to think that many PR's had turned up just to see what they could get out of the bloggers, and they were conspicuous by their absence from the pub afterwards. I actually felt that many of the more constructive conversations between PR and bloggers were held in the pub as opposed to the actual summit. Special mention goes out to two PR's who I spoke to, Nancy from Selfridges and Kate from Paul A. Young, who made their way over to the pub and braved the lions den.

Debate aside, the pub was a scary place for me. Being a relative newbie in the blogging world, I was in a room with many people who I had been chatting to over Twitter, and reading their blogs on an almost daily basis. Many were already acquainted with each other but I took the plunge and introduced myself.

Twitter is such a strange beast. I hadn't met any of these people before but knew loads about them already by conversing over twitter, discussing matters such as egg tarts, what we used to eat as children, steak and so on. This made conversation a pleasure as opposed to a chore and the night was over almost as soon as it had started. Special mentions go out to @chrispople, @gingergourmand, @foodstories, @hollowlegs, @oliverthring, @eatlikeagirl, @essexeating, @foodurchin, @eatmynels, @biggestjim and @goodshoeday. I'm sorry if I have missed anybody out, but I had a great time and it was a pleasure to meet you all.

Blimey, this post is turning out to be a lot longer than I thought.

Two days later, a group of 6 food fanatics converged on Koba, a Korean BBQ on Fitzroy street. The same butterflies applied as before. I had met @catty and @supercharz before (two fine young ladies with voracious appetites) but this time @londoneater, @foodbymark and @foodieguide were joining us.

I have to be honest, I don't remember too much about the meal itself, we were all too busy chatting. I do remember the following: 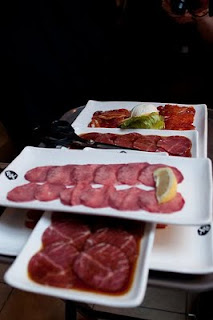 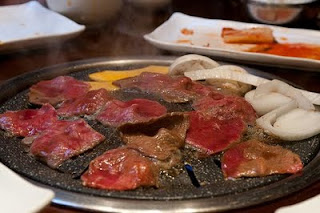 ○ Us subsequently running out of food so we had to order more. 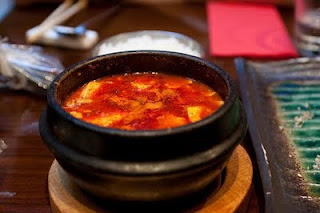 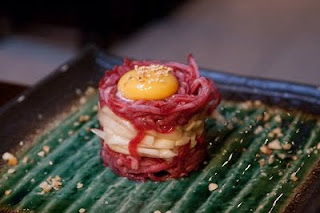 ○ Me eating raw meat (Yukhwei) and ox tongue, both firsts and both surprisingly nice 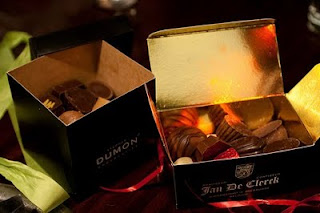 ○ One of the staff trying as hard as they could to chop Helen's finger off.

(any pics of Koba, I stole off @foodbymark, cheers mate)

Details of the meal are scant, I know, but Mark's pictures should give you a better insight into what it was all about. The meal itself was a great experience. From the spicy pickled veg (kimchi), to the lovely soups (chigae) and dumplings (mandoo), every dish hit the spot. By the time the BBQ was wheeled out, we were ready for the veritable meat feast which was about to arrive and subsequently gorged ourselves on pork belly, beef (ribs and marinated slices), chicken and squid.

Koba comes highly recommended. The food was great but the company was even better. Through something as strange as twitter, I genuinely feel like I have made some real friends. Bring on tweat up number three!

Twitter has been a great tool for my 'social-life' and lately I have met many new friends, and like minded tummies whom have been wonderful company, which has me thinking 'why did it take me this long to meet these individuals?!', and I can only echo your sentiments and I do indeed feel the same about the newfound friendships.

oh and koba was nothing short of awesomez.

I've 'met' so many people through Twitter, and I just knew yesterday evening was going to be such fun even before it happened! Sometimes you just know. I'm getting hungry reading this post. When's the next tweatup?!

I know, wasn't I just soooo stupid thinking that the first mountain of food was going to be enough? I mean, who did I think I was eating with? Yeh, shoulda thunk harder about that one ;)

@Catty - You shouldn't be so hard on yourself. Ordering for everyone is a thankless task, you did a grand job.