The importance of the local: The Florence, Herne Hill 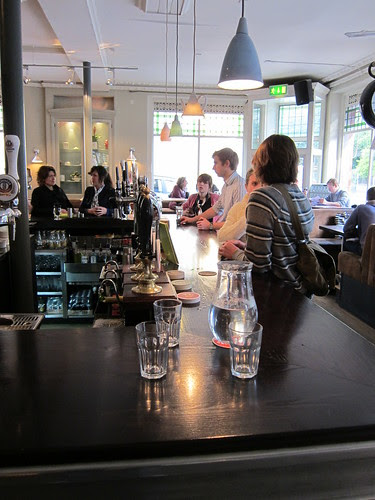 The "local" is a British institution. A place to have a quiet drink, a place to hang out with friends, a place to eat, a place to throw some darts or play pool. Back when I was younger, I look back on my "local" fondly. The Running Mare in Cobham was a mecca for the teenage Tehbus. Somewhere to get away from the parents and a haven for other young people. It is where I learnt to play fruit machines (thanks Michael) and make an idiot of myself in front of girls. More importantly, it was where I grew up.
After I graduated, I made my first foray south and moved to East Dulwich. Yes, it had the East Dulwich Tavern, which was technically closer to my home, but it was a bit too trendy and a bit too expensive for me. Further down the road was the Foresters Arms. Proper locals propped up the bar, the kind of people who had their own stools and would shout abuse at any passing strangers. It was smelly and had sticky carpets, but it showed the football and had a pool table. We went there a lot in the year we lived in East Dulwich.
When we moved to a rather cushy pad in Camberwell, we hunted for a pub we could call our local. Between the George Canning (good food, expensive pints but on way home from the station) and the Wishing Well Inn (full of the aforementioned old people on their own stools), we just couldn't decide. Both had their own charm but often polarised opinion. My female housemate wanted nice, my male housemates wanted pork scratchings and footie on the telly. We ended up compromising and heading down to the Castle down the road.
Essentially, no matter what I did with my life, or where I moved, there would always be one constant, that search for the "local". I still live in Camberwell, but my friends have moved away or got married and had kids, rendering their desire for the pub high, but the chances of them actually coming rather low. I now live with my sister who doesn't drink. I thought all hope had been lost. 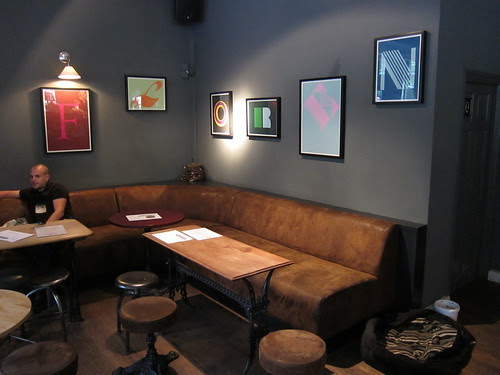 On the odd occasion that those friends who had consulted their diaries (girlfriends/wives) and found that they were free for a few hours, we would catch up like old times. One of our favoured destinations had been the Florence in Herne Hill. Close to where some of my closest friends lived and with a stunning array of beers, we often spent many a happy hour there. Alas, they moved away/had children and I was on my own again. 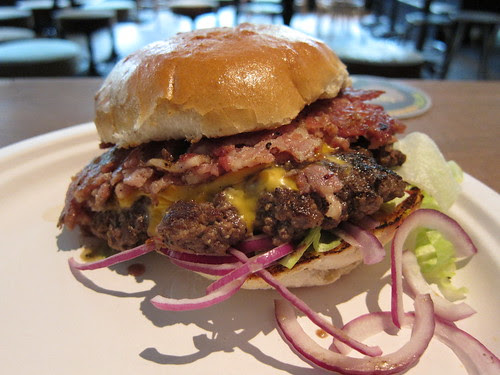 It took a fabled burger from the Meatwagon to make me return, and I am glad I did. The pub was still the same. Wide array of beers, friendly staff and loads of comfy chairs. I was surrounded by some of the new friends I had made through this blog, and we ate and drank and were very merry. I indulged in a game of table football, drank shots and the pub dog tried to eat me. I even made friends with the pub manager. I never wanted to leave. 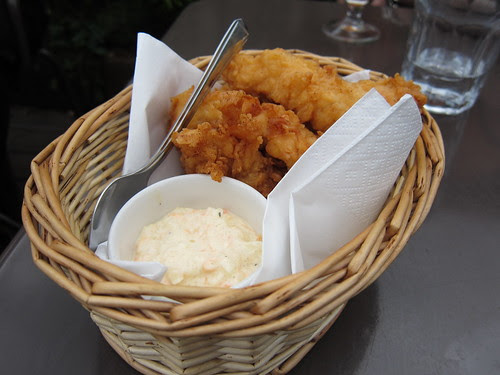 A few days later, I was asked back with @ibzo and his girlfriend to try (yep, invited, it was free for full disclosure) their food and I couldn't resist. To drink, I sampled a pint of their "Bonobo" ale. Home brewed in their very own micro brewery, the fruity and malty ale got my taste buds tingling. We were given a basket of buttermilk fried chicken, served with a tangy coleslaw dip. The chicken strips had a crunchy batter around it that I can only compare to the best crunchy bits from a KFC bucket (that's a good thing). Light and nigh on grease free, the batter had a deep smokiness and the chicken was astonishingly tender. This was great chicken. 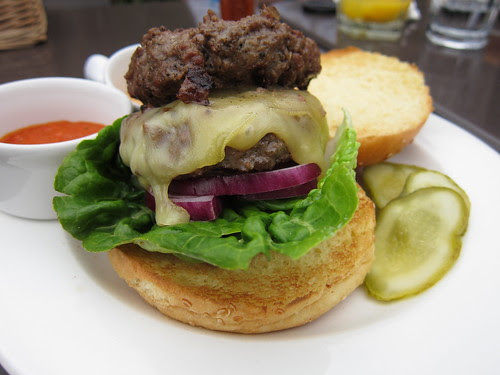 Next, we were served the house burger. Made from filet steak and served with home made burger sauce, this double patty leviathan was a most delicious burger. I separated the patties and crafted a single cheeseburger with pickles (served separately but sliced to accommodate pickle haters) and a dash of their home made (on trial) chilli sauce. It wasn't as good as the burger I was eating here a few days ago (nothing in England can compare to that) but it was highly enjoyable. 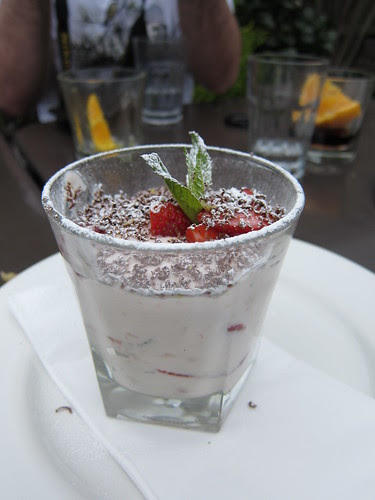 Stuffed to the gills, they still brought us dessert of a mixed chocolate pot and some strawberries with yoghurt. No idea how we did it, but most was devoured. Suffice to say, I had enjoyed the food, but equally enjoyed the chat. We were chatting with the assistant manager (about his love of panto's) so much, that at one stage, we completely forgot to eat, unheard of.
I love the Florence. It's a fab pub and ticks almost all the criteria I search for in a decent "local". Through this blog, I have now been reacquainted with a pub I had thought I had lost, and having made friends with many of those involved with the place, I wouldn't feel ashamed to grab my own stool, and settle in for a few pints on my own.
The Florence - 131-133 Dulwich Road, London SE24 0NG

Nice post. It got me thinking: I've never really had a local. As you may know, I am quite a bit younger than you, and since I've been of drinking age I've never really resided in one area - like you explained with your moves around South London, you tend to move around and hardly stick in one place around this age. Where I live now (Wembley) the options are pitiful. Shameful pubs which serve awful beer, crap food and make amazing amounts of money on event days at Wembley Stadium. My two visits to The Florence in the past week just make me think that if a pub like that is worth half an hour or an hour on a train then so is moving to be closer to it. I'm going to bear it in mind when I'm looking at properties for my next move...

You make me want to find a decent local of my own, though in truth, I'm not much of a pub girl... lovely post.

As you know, I really like the Florence. It's not exactly local, being about half an hour away from me but it's not a hard journey and it's worth it.

My proper local, The Royal Albert, is a 15min walk and is great, though I'm yet to try the food.

Love it Mr T. Pull up a stool with me any time. I am bloody happy that it's my actual local (although I suppose the Half Moon is closer, Florence every time ;))

That chicken looks amazing! I know it's not quite a case of Cheers, where 'everyone knows your name' but there is a tremendous comfort in a reliable local, especially when they'll feed you that well.

A corker of a pub isn't it. I feel the same about ED, when I lived there I hardly ever frequented the pubs for the same reasons - too trendy and too expensive. Lacking a bit of character too. Your photos are really gorgeous by the way.

I am so glad the florence is my local - its an amazing pub, brilliant food, friendly staff and dog. It's my reason for staying in Herne Hill as long as I have, I never want to leave.

What a great local to have - a bit far for me though...

An awesome post. I used to live in the area and to put it mildly things are changing when bloggers start going there...

I have very little time left in London but this made my list for the pure localness of it...

Thanks for the review

Nice post... pretty sure I will see you on Wednesday for the second round at the Florence against the meat wagon this time no concert that day so I can relax and eat as much as I can...

Oh another Herne Hill/Brixtonite - me too! I love the Florence, lovely to see all different faces, ages, types of people there - kids and old, people on their own and groups. Had a lovely pork belly there and wanting to go back to try the terrace. They also have a children's play room which says a lot about Herne Hill :)