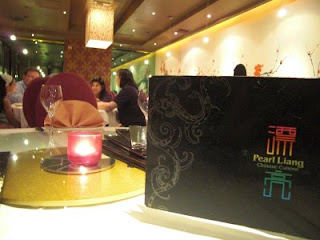 If you read my previous post about the Mandarin Kitchen, you’re going to find much of this next write up very familiar. The final stop of my weeklong eating odyssey was Pearl Liang. Now, what can I say about Pearl Liang, it’s pretty much Mandarin Kitchen with all the bells and whistles. This is like the better younger, better looking sibling. 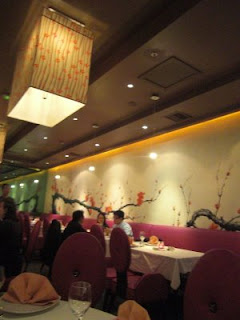 So what differentiates this place from Mandarin Kitchen (MK)? Well, quite a lot actually. Although the rumour has it that many of the chefs and waiters from MK left to be part of this venture, there is plenty which makes this place stand out.

Although the menu is very similar to that at MK, Pearl Liang puts a more modern twist on traditional ingredients as well as offering dim sum throughout the evening, a sure fire winner! My family are very predictable, we always end up ordering the same old things, but we know what we are going to get is going to taste fantastic, advantage us. 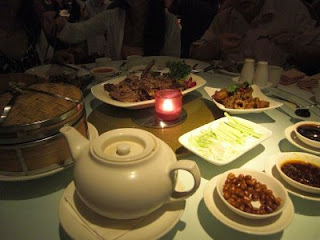 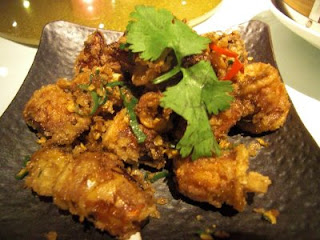 And Pearl Liang certainly didn’t disappoint. First up, deep fried baby squid (SHOCK!). Now, these are awesome at MK and I think anywhere would struggle to compete. These are however very nice, with a nice light batter and the squid not overdone (a cardinal rubbery error). To go with this, we had some aromatic duck, more succulent than MK but not as flavoursome. 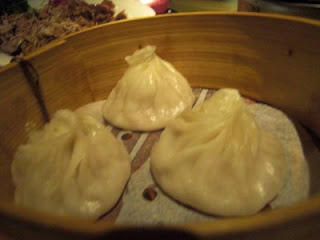 I decided to order some Xiao long bau as an added extra and these were very good. Firm meat, good bite left to the dumpling skin and absolutely gushing in piping hot soup. Note to self, must come here for Dim Sum. 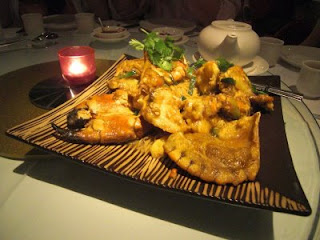 First courses over, enter the crab. As we had eaten Lobster noodles earlier in the week, we went for the cheaper and fishier alternative. Now, crab is one thing I dislike. A lot. So no crab for me, but I ate the noodles and they were delicious. Rich in flavour and even though I don’t like crab, I appreciated the subtle fishiness. 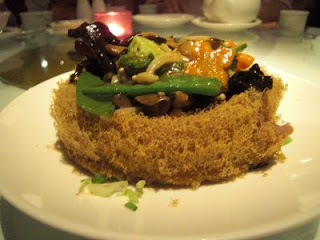 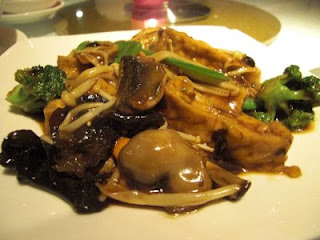 In my eyes, the mains are really where Pearl Liang excels. We ordered many dishes and not one let us down. For the vegetarians amongst you, we went for Tofu with mixed mushrooms (nice enough, but its tofu!) and Monks vegetables with Taro ring (basically a big Wu Kok). I loved the taro, and the interesting varieties of vegetables were doused in the most wonderful gravy. 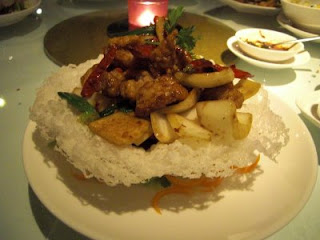 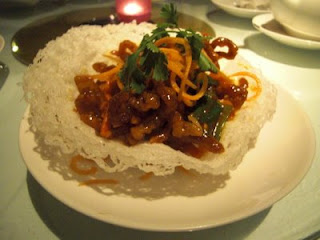 For the meat options, we had crispy chilli beef (where unlike your usual takeaway versions, you could actually see and taste the beef) and chicken with dried chilli and spring onion. These were both very nice and unlike much other Chinese food, didn’t taste full off additives, didn’t leave a greasy taste in my mouth and tasted of the ingredients just as the chef intended.

I have been faithful to Mandarin Kitchen all my life. But there are just so many things at Pearl Liang that make it a much more fulfilling experience. For example, I don’t have to hold my breath every time I go to the toilets (although they could do with making it clearer which is the men’s and which is the women’s). And the decor is beautiful inside with private dining rooms. And the staff are far more attentive.

Pearl Liang is a great example of everything a Chinese restaurant should be. I just feel guilty every time I come here (thankfully, I’ll live).

I must admit, I go to Dragon Castle for my Dim Sum. Its close to home, cheap and tastes great.