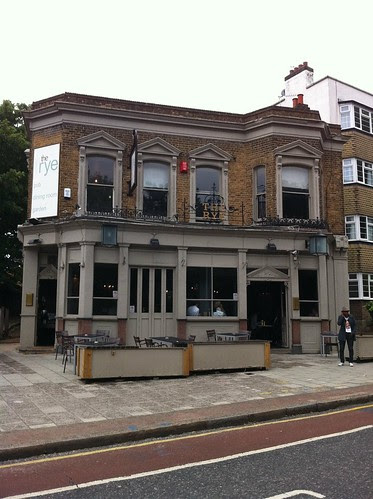 Hardly a day goes by that I don't ponder fondly about the #meateasy. Remembering the drinks, the atmosphere, things I cannot repeat on here nor should ever be repeated again. There were also the burgers. Meatwagon burgers made to order served with an array of delicious sides, smothered in cheese and mustard and all things good. When the day arrived when the #meateasy locked it's doors, we went mental one last time and we showed our respects by drinking the place dry.
Ever since that day, Yianni and his new and improved (physical/mobile) meatwagon have kept a relatively low profile. The money made from the Meateasy has been reinvested into a brand new meatwagon (a real old American ambulance) and kitted out with all the gadgets a travelling purveyor of food would ever want. Yianni's plan is to go back to his roots and take his wagon out on the road to the many festivals around Britain (including the recent Glastonbury festival, Henley Regatta and Soho House Summer party.). 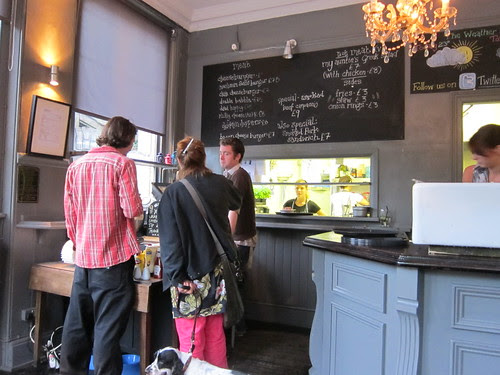 But worry not, the Meateasy is not dead. Up until September I believe (when it's current home is getting a much needed makeover), the meatwagon crew will be taking residence in The Rye (a newly acquired "Capital" pub in Peckham), serving the same burgers loved by many. Popping down recently, I noticed a few new additions, namely a smoked beef carpaccio and a smoked beef sandwich. The real reason for my visit, however, was for one thing and one thing only, the Mushroom Swiss. Now, I am not ashamed to admit that I absolutely loved this when BK served a version and was overjoyed to find Yianni recreating a personal favourite. I was not disappointed, with his version containing all the hallmarks of that great meatwagon burger, just containing the addition of the umami rich mushrooms and sweet Swiss. Every bite reminded why I am so lucky to live within spitting distance of the new "Meateasy". I don't think I have ever eaten a burger faster. 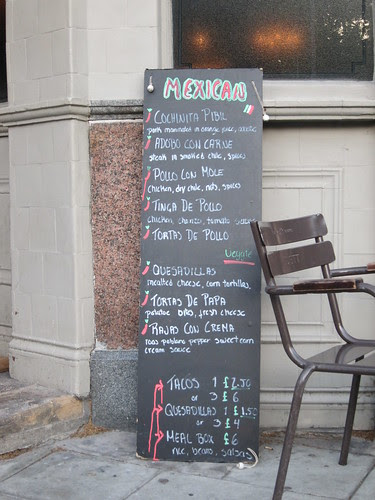 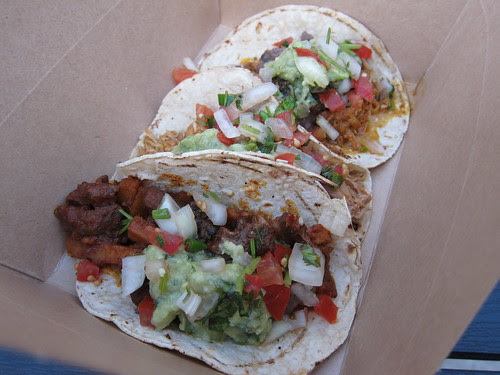 Be wary, arrive on a Monday and you will be graced with Arturo and his awesome tacos from Buen Provecho. Some people may be disappointed that they aren't stuffing their face with burger, but fear not, the tacos are well worth the trip alone. With a wide selection of fillings to stuff into your homemade corn tacos, and an assortment of salsas to sprinkle on top, every mouthful is different and a delight, a mile away from your every day high street burrito peddlers. Favourites are the adobo, which is a steak in a smoked chilli, and the tortas de papa, a carb overload of potato and cheese but surprisingly delicious. And best of all, as much guacamole as you care to add.
Despite what day you turn up, you are in for a treat. And alongside all this great food, you can wash it all down with a variety of great beers on tap. For now, long live the #Meateasy, and after September, hopefully it will live long somewhere else.
The Rye - 31 Peckham Rye, London SE15 3NX

It is truly a thing of joy... and just round the corner from my allotment, that's my Sunday lunch plan pretty much sorted for the rest of the summer!

I agree the food's great, and I like the pub well enough (I too live just down the road) but I'm surprised to see you say they have a "variety of great beers on tap." Last time I was there almost everything was off, and to be honest even if everything was on I would rate the selection and variety as "ok" rather than "good", if you see what I mean.

@ Anon - I may have been slightly over zealous in my praise I suppose. They do have their own Beaver and Bonobo on tap, as well as Little Creatures ale by the bottle, which is to be admired. It's still early days for the pub from what I hear, better to judge the actual pub once it's had it's makeover in a few months.