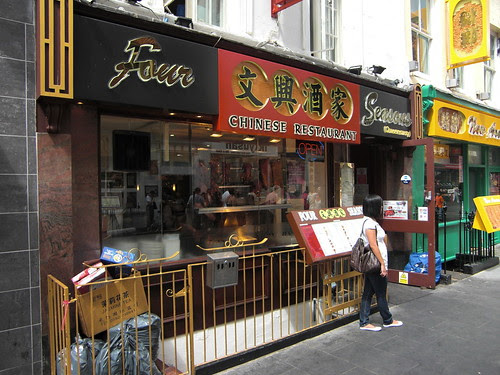 When you ask a Chinese person where they like to go eat in London, the Four Seasons is often not far from the tip of their tongue. Renowned for their roast duck and their good value, home cooked style dishes, it has always been a popular destination for the Chinese community. Based in the secondary Chinatown which is Bayswater/Queensway, it’s taken them a little while to expand and they opened their second restaurant in the heart of Gerrard Street.

Accompanied by the Big German, this was really just a flying visit before we took on the Leicester Square locals in a poker tournament. The menu looked pretty much the same as Queensway, if a little on the pricier side (does my memory deceive me?). We ordered snappily, we were men in a hurry. Some spring rolls as our amuse bouche and then Roast Duck and Crispy Pork to fill us up. 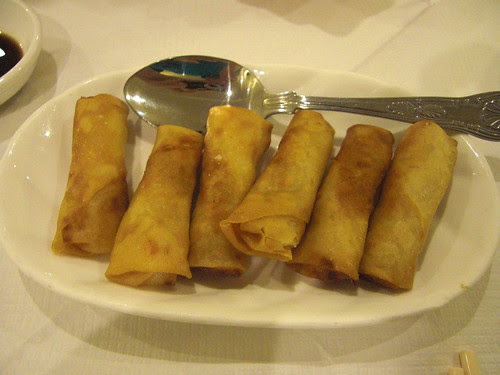 Spring rolls were so-so, and at the risk of being entirely defamatory, probably shop bought. However, they did their job. The main event was pretty average. The duck was as tasty as ever (if a little on the fatty side, this duck had not been working out!) and we both had opted for no bones, so arrived boneless. This is one of the only places I know which provides this as an option. After all, less bones means more meat, right? The crispy pork was only ok, but nowhere near as good as Wong Kei down the road. Gravy was a bit on the thin side although contained quite a decent flavour. 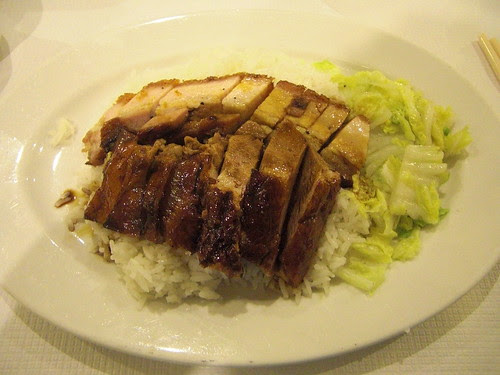 On the whole, pretty alright although I am sure the food didn’t appeal as much as the Queensway branch (for whatever nonsensical reason that may be). A decent option if you’re in Chinatown and looking for a quick, cheap (our meal came to under a tenner a head, all in), no frills refuelling stop.

Ok so I couldn't help myself and read your post anyway. I'm a big fan of Four Seasons as well and love the 'no bones' option at no extra cost. Incidentally I went to Gold Mine (Queensway) for dinner last night and you know what, the duck just aint as good as Four Seasons. Yum yum!

@shalmaneser - Who am I to argue with the FT!

I recently went with my sister and her hubby. Unfortunately, the standard was not so great. The duck was great, but their other deep fried main dishes were a let down. I mean seriously ! Chinatown has really got to up its game. The portion sizes were not that big either.

@ Anon - That's a shame to hear. I always think the portions are quite generous, but I also always stick to a combination of roast meat, rice and some veggies.