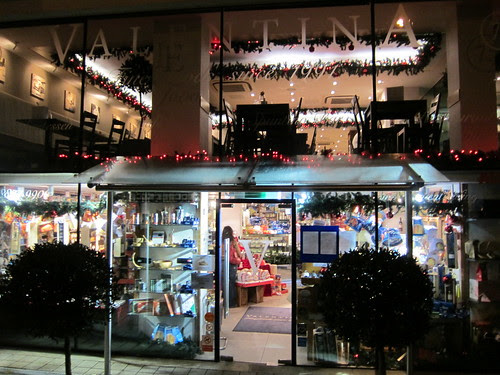 My name is EuWen and I am friends with a vegetarian. It started 13 years ago when we were both fun-loving, meat-eating individuals. The signs were there from the outset when she refused to eat any seafood of any sort, let alone go near it. I remember the day I took her to the London Aquarium and spent an hour by the manta ray pool, convincing her to touch one (I failed). Over the years, I saw her descent into Vegetarianism as she started to shun meaty goodness in favour of al dente vegetables. Murmurs of "I just don't feel like it" turned into "I just don't want it", and after a long battle, she finally announced about five years ago that we had lost her to vegetarianism. 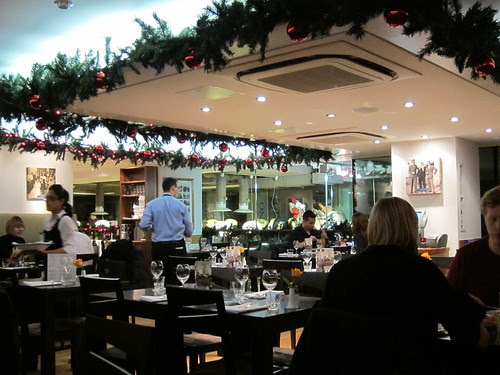 I am joking of course. For all the haters, I do realise that being a vegetarian isn't an affliction, but it does make it slightly tricky when you want to go out. In my eyes, it's actually harder than having a nut allergy in some places as the choices are so limited and with staunch vegetarians such as my friend, actually put off by the taste and texture of meat, where the slightest whiff of meat stock will put her off, not all dishes are as well labelled to contain meat products. When her mother came down to visit my family, choosing a place on the hoof was never going to be an easy task, but I settled on Valentina in Putney, a nice little Italian deli with a restaurant upstairs and handy for all parties to get to (accept me, ironically). 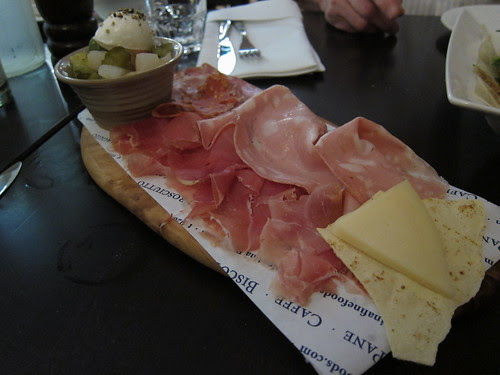 Personally, I thought the food was pretty decent. For starters, we ordered a plate of meats from the deli (antipasto della casa), which arrived as a selection of meats, a smidgen of provolone, an assortment of pickled veg, all topped off with a mozzarella ball and a cerignola olive. Every part of this was absolutely wonderful, and I only wish that there were more olives and mozzarella balls as these were truly superb. 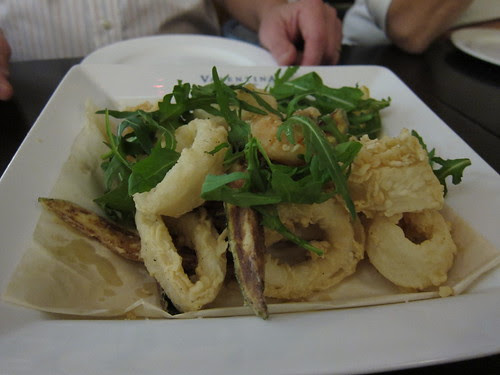 An accompanying fritto misto was also excellent. Pieces of tiger prawn, calamari, red mullet and courgette battered and deep fried to a crisp. Each piece was light and as grease free as you could hope. Personally, I didn't see any of the mullet, but that wasn't to say there wasn't any. My father would probably have hoovered that up and I was solely focused on the excellent squid. 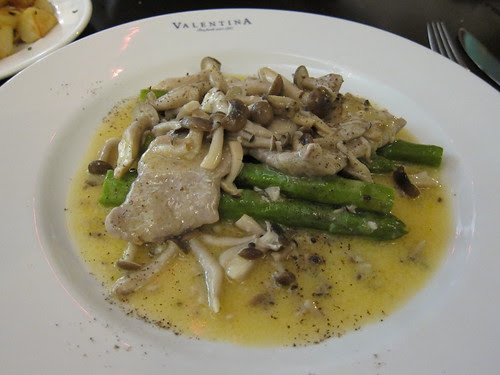 My main of scallopina al funghi was decent enough, with strips of veal cooked together with mushrooms, asparagus and white wine. Although under seasoned for my palate, and slightly overcooked, I still actually enjoyed it. The whole dish was woken up with a few more pinches of salt and pepper and I devoured it all without a scrap left. 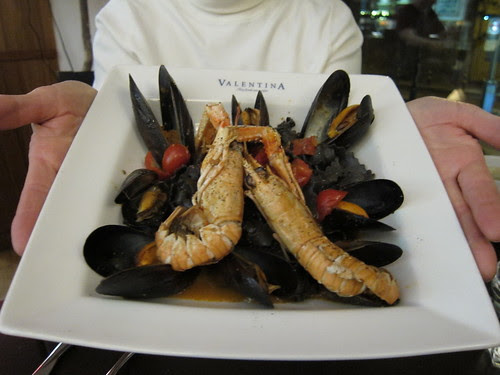 Other mains of quail and spaghetti vongole met equal nods of agreement, whilst the special of squid ink pasta with mixed seafood received rave reviews. The long black strands of pasta were packed with that subtle taste of the sea that only squid ink seems to impart and the generous portions of seafood kept its recipient very happy.
Unfortunately, the vegetarian in our group didn't fare as well. Her original request for penne a la Napoletana to be served with gnocchi instead was met with nods and "of course", arrived actually just as the original gnocchi spacca Napoli, complete with a 'braciola' of rolled beef, not exactly ideal for a vegetarian. This went straight back and returned with the gnocchi steeped in a seeming blend of tinned tomatoes and cream, not appetising, and unfortunately not what my friend had ordered. This lay untouched but for a few mouthfuls (one from her, and one from me), and she went home hungry and looking for food.
My overall impression of Valentina was pretty good. I enjoyed the food and the service wasn't that bad either. Obviously the mix up of the vegetarian dishes and the overall lack of (V)'s on the menu meant that this probably wasn't the best choice for a vegetarian, but we all still managed to have a good night nattering and catching up with each other. The starters were very good, and the mains weren't too bad either, and with a bill of £90 for 5, it came to a very acceptable bill for the evening. Not sure if I could ever make the schlep over to Putney to eat there again, but you're ever in the area, this is a good choice for some decent Italian fare. Just don't bring a vegetarian.
Valentina - 75 Upper Richmond Road, Putney, SW15 2SR

I'm so glad I'm not a veggie as they do really get such a rough deal.
I pity them after looking at the one lonely dish on the menu that looks like it made its way there by accident.